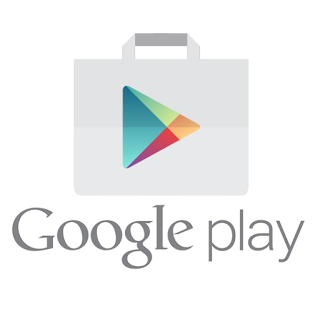 The app is currently available in Google Play Store for all devices with the latest Android or with minimum version of API level 22 (Android 5.1  Lollipop). The Android App is developed also for the Amazon AppStore where the app can be downloaded and installed for supported devices.

CURRENTLY IN THE GOOGLE PLAY STORE

We present the imminent availability of version 6.9 bundle which will replace the previous one (6.6) in the BETA channel. Solved numerous problems of the previous version and added news: player’s contentsContents every content intended as text, images, audio or video will now autoplay correctly, progress bar is no more native but controlled inside the application, native push notifications are back, ready for Android 12 (SDK31). This version is still in the BETA channel for users who partecipate in the BETA. When the application will be promoted to “in production” it will be possible to receive the update also for non-beta testers.

The new version 6.6 bundle is a major update which includes a series of updates to the application’s native code; this version is exclusively released for beta-testers enrolled in the MYETV Beta programProgram/Software the instructions that control what a computer does; computer programs on the Google Play Store. This version includes many improvements to the native code and finally splits the two applications one for mobile devices and the second for televisions (widescreens), the second currently under construction under the name of “MYETV FOR TV” (codenamed “MYETV4TV”). Thus making the mobile application much faster to download and use. Improvements include SDKs updated to the latest versions, stability and security improvements and application download weight improvements; as well as a new first launch notice that warns of the use of cookies and new assets and designs. When the application will be promoted to “in production” it will be possible to receive the update also for non-beta testers.

The new code version 6.5 bundle is a minor update to the V.6.3 (below) and it fixes and add the button “close the application” in the menu (now works correctly) also for mobile devices and all the libraries are updated with the latest releases. Available for: 10.717 mobile devices, 3.544 tablet devices, 767 TV devices, 4 wearable devices, 1 Google Auto (car devices), 51 Chromebook devices. Download it on GooglePlay or directly from https://downloadapp.myetv.tv
APPROXIMATE SIZE: 5,24 MB

The new code version 5.9 and 6.0 bundle bring to us a lot of improvements for TV devices and TV screen; the app is compiled with the new style for AndroidTV Leanback and will natively detect wich version of the app to load (mobile or TV for widescreen) by invoking the dedicated activity for TV devices (AndroidTV) or the main one for mobile devices. In the version 6.3 Added a button to close the application. It’s now available for 14.905 devices, with 87 localizations, 34 authorizations and available in 151 country; native platforms arm64-v8a, armeabi-v7a, x86, x86_64 min. API level 22 max API level: 30 (Android 11). Download it on GooglePlay or directly from https://downloadapp.myetv.tv

The new code version 5.6 bundle bring to us a lot of improvements for live audio supporting, for notifications, for offline screen, for geolocation, for app permissions and many more improvements; adds new features like interstitial ad from googleAdMob, a new immersive sticky interface mode with transparent system bars, an option to prevent the device to going into sleep mode while using the app and many more new features that will be implemented in the next updates. It’s available for 13.411 devices, with 87 localizations, 34 authorizations and available in 151 country; native platforms arm64-v8a, armeabi-v7a, x86, x86_64 min. API level 22 max API level: 30 (Android 11).
Please note: due to an improvements in user authorizations it’s maybe needed to make a fresh install of the app to make it work properly.

Code version 5.4 bundle is online in The Google Play Store as the end of the year 2020 updates. This update bring to the app the latest features updates and documentations for Android Bundle (Android native devices), this app, and Android APK (for Amazon and third parties devices) from today comes with two different blog post, a new post will be added when the update will be ready for third parties devices/store. The updates fix a lot of design issue especially with large screens (chrome book or similars), it is available for 13.114 devices, with 85 localizations, 34 authorizations and available in 151 country; native platforms arm64-v8a, armeabi-v7a, x86, x86_64 min. API level 21 max API level: 30 (Android 11). Download it from https://downloadapp.myetv.tv
Size: 3.76MB

(V.4.6 / V.4.8 / V.5.0) June/July 2020 – Beta Release [] []
As a surprise for the 12th birthday of MYETV the app code has been completely rewritten and many native features have been added to the Android platform such as: sharing has been completely renewed, native notifications have been improved, an initial native splash screen has been added to speed up opening, several in-app modules have been activated that allow us to communicate directly natively with Google Cloud and Firebase servers and many other features have been added. The number of available devices has been increased, making the application available also for the minimum version of Android “API level 21”. The cache and security of the whole app has been significantly improved. In 2019 our app model took 9th place in the ranking of the best apps … And this is simply the best version of the Android app for MYETV ever.
Code version 48 is online in the Google Play Store available for 7 screen layout, 74 languages,+12.000 devices with a min APIlevel of 21. Released is compliant with 64-bit architettures. The version 4.6 comes ot from beta-testing group. The version 4.8 contain minor fixes and it is a reccomended update.
Size: 3,58MB

(V.3.6) 28 May 2020 [] []
This is the middle-year update for Android app and includes security updates, stability updates and more supported devices; code version 36 is online in the Google Play Store available for 7 screen layout, 74 languages,11.693 devices with a min APIlevel of 22. Released is compliant with 64-bit architettures.
Size: 2,49MB

(V.3.4 & V.3.5) 12 December 2019 []
The update follows all the specify of Android App Bundle to reduce one more time it’s file size; it is the first peerP2P Peer is a term used to refer to a user who has already been assigned a P2P key inside the peer-to-peer network app to be so small, in terms of storage. The App bundle with code version 34 is online in the Google Play Store available for 7 screen layot, 74 languages, 9777 devices with a min APIs level of 22 and the new support for the APIs level 29 (Android10 or Q), a new responsive layout small, normal, large, xlarge for every type of screen size; plus we add some new features like the block screen feature to put your mobile device into your pokets and continue to use the app without the need to completely block the screen and the new Immersive-Fullscreen view; it have 3 Android Native functions “android.hardware.camera”, “android.hardware.faketouch”, “android.hardware.location” and it requires a total of 30 safest hidden authorization inside the device. It is the best version ever for Android devices!
Size: 2,49MB

(V.3.2 & V.3.3) 09 April 2019 []
The app is updated with new “bundle” apk that allow faster installation and updates and new assets for 4 new screen layout, it is android-auto ready and compatible with the latest specifications for android operating system; min. API level 22+ – max. API level 28 (Android P or Android 9.0), 7 screen layout, available for +74 languages, translated in 5 languages, available for 8318 devices. Added 3 new functions and new authorizations that may require the reinstallation of the app with the Play Store (uninstall and then install again from the Play Store).
Size: 3,43MB

(V.2.9) 07 November 2018 []
The app is updated for more modern devices, fixed a security problem and the new Google signup button; min. API level 21+ (Android LOLLIPOP) max. API level 28 (Android P), 4 screen layout, available for +81 languages, translated in 5 languages, available for about 10.000 devices.
This app will be conserved in the store for the compatibility with the old versions of Android.

(V2.4) 14 September 2017 []
We have released the new version of the Android app with a lot of new features and it is available for new devices with API level target 26, Android 8.0 (O – Oreo) or below. Minimum Required: API level 15 or above, it support +81 languages and +12.766 mobile and tablet devices, 4 screen layouts, OpenGL 1.0+ and it can work in ChromeOS too. The Android app is created with JAVA language and it is completely native; it uses our own webkit webbrowser control to connect the device to the website and let you explore all the features, the bottom menu let you explore the features of MYETV with only a few gestures/clicks and you can hide it by rotating the device.

We’ve added new assets and splash screens. Cache and loading bars are native so the boot time of the app is improved, almost all website features are bundled with the app and optimized for mobile experience; we’ve finally added the auto-play and the network of contentsNetwork of Contents is the channel in which owners can post their content and the audience can see the contents posted by the owners for Android app too.

No more public or private internal APIs will be used during the connection for retrieving objects or your data, inside the app.