During the end of the year event we have upgraded the whole PHP8 engine, a generally very time-consuming operation but which was successfully completed in a few days. Hypertext Preprocessor 8 (PHP8) it is improved in terms of speed, stability and security, it is written in the same language as our database systems and allows us to develop opensource code that can be moved or scaled at any time on different machines with different operating systems; best of all we can improve it by attending to developer open events. That’s the real power of our system and is today one of the most used Programming Language for the web; its diffusion pushes us to learn it, modify it and make it even safer for our needs; in fact a lot of works have been done and a lot of tests have been performed before making it available in the production environment for all our operating systems.

PHP8 in fact have a new engine called “Just In Time” (JIT) with two new methods of compile called “Tracing JIT” and “Function JIT” and, as stated from various tests, it can have a speed improvement of almost 50% to run various scripts; the JIT will compile the code directly withn the help of the cache so it’s changed the way the compiler works and it’s very speedy compared to previous versions. These new features have also been slightly modified for our platformPlatform the the set of the main domain and all the subdomain of a particular website; also the computer architecture and equipment using a particular operating system, in part already packed by our proprietary engine in scripts tags so needs additional configurations. 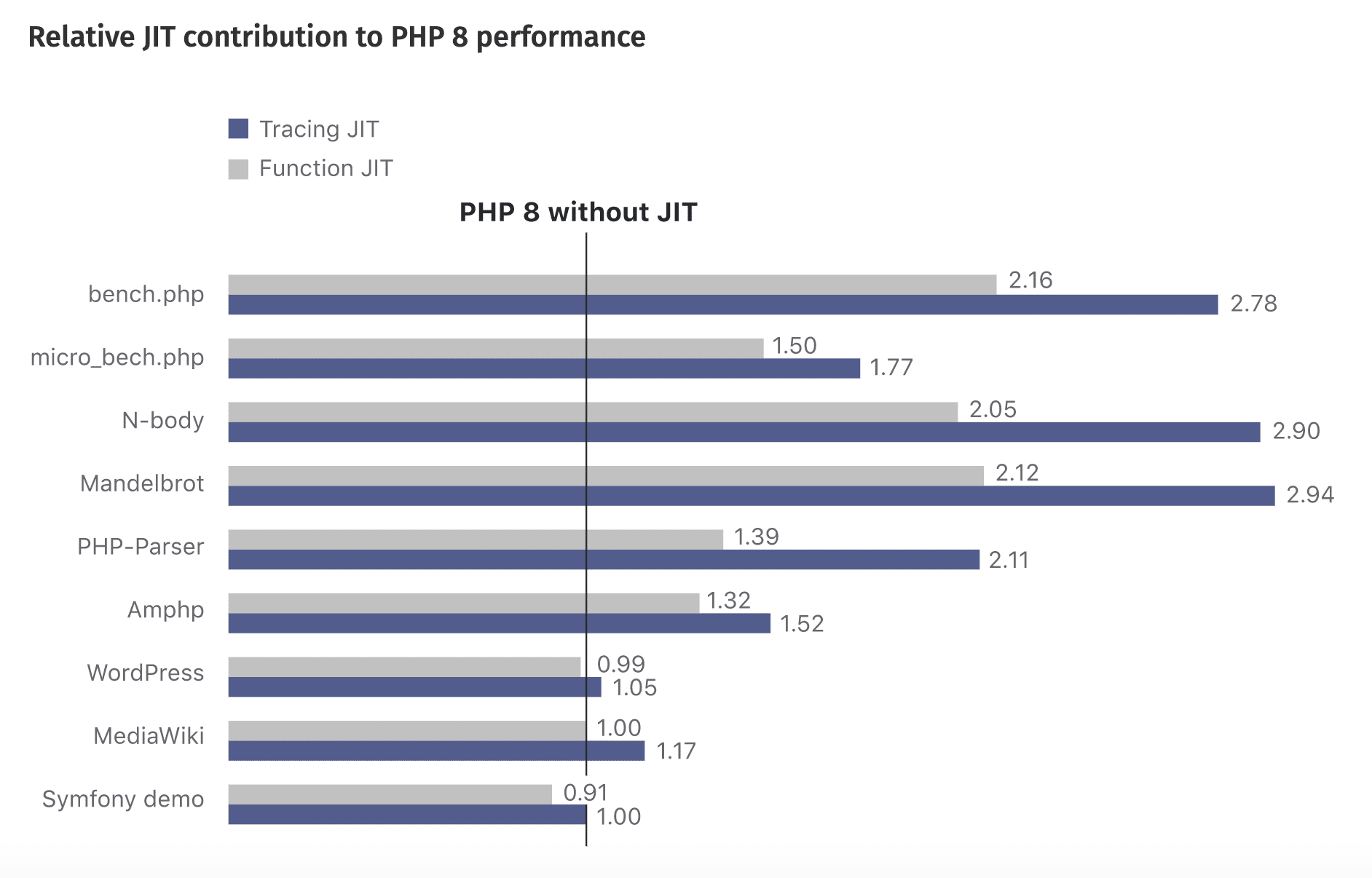 In the other hands PHP8 brings to us a lot of new faster native functions and/or methods  and breaking changes that can be used to speed up more the whole platform; the GD extensions for deliver images is completely rewritten with GD2 and as a result images process like resize/zoom load faster than ever. We are in the process to optimize the whole platform to PHP8 specs and the first impressions are encouraging.

The graph in the photo above represents the loading speed tests and the performance tests for the signup page of MYETV. The interesting data to understand the response speed of the engines are the first four; others data are related to browser/script/dom/clientside loading; compared to the old version benchmark (Request 3000ms and Server Response 6000ms), this is an effective improvement on loading speed of about the 50%; in addition the initial connection time is about from 21 to 134 milliseconds and it is an indicative of the optimum configuration.

From today the PHP8 will cover the entire platform of MYETV comprending this blog and the advertising platform.

As we are entering tough times, today we announce the next big update of our platform which will take place on April 4th 2021 and will be designed to improve the MYETV‘s features. Thanks for reading this, folks. Have a nice day!